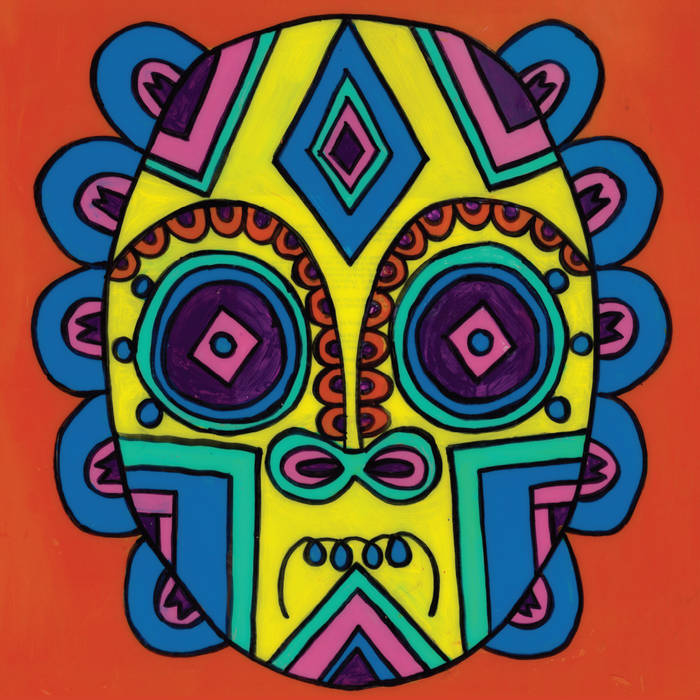 "Atlantis is an exhilarating listen, equally thanks to its fierce free jazz and brightly textural abstraction" Antonio Poscic, The WIRE, Feb 2020

Following closely on the heels of his ravishing solo album Tomorrow is Too Late, Stockholm-based synthesist and improviser John Chantler switches gears to unleash the stunning second album by his trio with saxophonist Seymour Wright and drummer Steve Noble, Atlantis. Chantler is well-known for his solo electronic work, which frequently explodes richly layered ambient soundscapes into visceral explosions and thrilling physicality, to say nothing of his imaginative experimentation with the organ, heard in radically transformed mode on the recent solo recording. But Chantler is equally invested in real-time improvisation and he’s developed a dazzling rapport and sound world with Wright and Noble, two of England’s most distinctive, active, and turbulent figures in spontaneous music over the last couple of decades. The pair has worked together in numerous contexts over the years, but it took Chantler to create an ongoing context for them, and since forming in 2017 the trio’s rigour and level of communication have steadily expanded.

“My fantasy idea in the beginning when I wanted to do this trio was thinking about taking Derek Bailey’s role in the Topography of the Lungs trio,” he says, referring to the classic 1970 album with Evan Parker and Han Bennink. “That’s not what happened, but that was my way of imagining how I could make the synthesizer have the kind of range and ability to both comment on stuff and guide and push in certain ways, like Derek did in that group. That remains a kind of ambition even if aesthetically it doesn’t feel very close to that, but that’s how I first thought about what my role would be.” Indeed, Chantler serves as a pesky interrogator, his serrated tones and viscous globules cutting through the kinetic din dished out by Wright and Noble, and on the new album his integration is more fully realised to the point where it’s often impossible to decipher where the output of one musician ends—the sibilant bowed cymbals of Noble or the feedback-laced lines of Wright—and the pushback of another begins.

The album was cut and mixed in a single day with in-house engineer Janne Hansson at Stockholm’s legendary Atlantis Studio, a facility made famous by the chart-topping albums recorded there by Abba in the 1970s, when the place was known as Metronome. Prior to entering the studio the trio spent an exhausting, all-in week rehearsing at the arts space Fylkingen—where they also played a show—in addition to playing a handful of gigs in Norway. Locked in, they discovered much different acoustic qualities at Atlantis from what they’d previously encountered. “There’s a very specific sound at the studio, and we’d been playing for a week together at Fylkingen, so we started to develop a thing that really works in that room, and then you move somewhere else, and the drums in particular sounded really different, and in some ways they had a bit more of a rock ‘n’ roll kind of feeling.” explains Chantler. Responding to that radically different, reverb-soaked ambience, he and Wright took advantage of a pair of matching Fender tube amps, charging their individual signals to match the booming, resonant sprawl of Noble’s pinpoint clatter.

Compared to the group’s debut album Front and Above—a live recording of the trio’s very first performance at London’s Café Oto—which Chantler edited to emphasise the sparser expanses of the raucous, performance, the new album reveals a more open-ended spectrum, from delicate to crushing. Noble’s beautifully metallic rustling and throbbing snare bombs hang pregnantly in the air, and Chantler and Wright thicken the atmosphere with twinned abstractions, alternately ethereal and punishing. The transitions between calm and chaos are sometimes seamless, sometimes abrupt, but the full landscape transports the listener to another realm regardless of how ferocious or gentle the attack may be. As strong as the trio’s first album was, Atlantis marks a massive step forward. “The more you play together the more it starts to cohere into some kind of specific language,” says Chantler. “You start to understand the point of what a particular constellation might be.” With Atlantis there’s little doubt these three improvisers know exactly what the point of it all is, which thrillingly means that many new paths in the future have opened up.

He organises a small annual festival for ‘other music’ in Stockholm called Edition.

Bandcamp Daily  your guide to the world of Bandcamp

Featuring interviews with the mighty Haitus Kaiyote and genre-busting L'Rain.